Posted by Ben
It's hard not to get emotional thinking about New York and having to leave my fellow muckers once more, so with clamped jaw and quivering lips, I give you the final installation of the Muck vs Manhattan.

One of the main events that stands out in my trip was the karaoke.

Jeff is very good at it; He broke the ice with "All in the Family" and some beat boxing and I cannot think of a song he did not participate in. At one point Jeff became so involved in the singing I noticed he was doing what the pros do and had his finger in his ear... 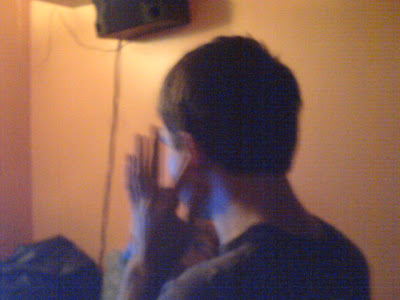 Jeff did not raise his flattened palm up and down to match his wavering pitch/tone a la Whitney Houston, Mariah Carey however. I cannot vouch that this has never happened though.

Matt was a slow burner. Caressing his water he absorbed the music and atmosphere, biding his time. 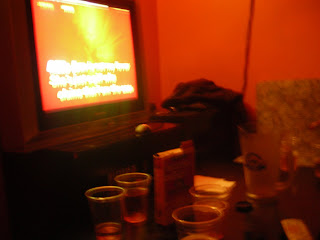 Slowly slowly catchee monkey.....
Just when we thought the evening was going to melt away into a haze of Frank Sinatra and Pink without the big man stepping up to the plate... 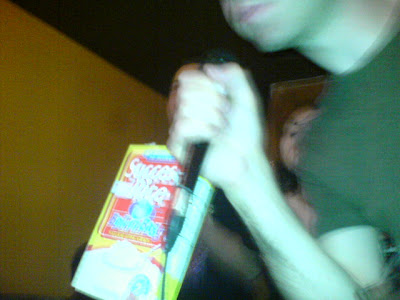 HOLLA!!!
The rock was in the building to full effect, I don't know how many hell yeah's Matt asked for, but he got them all, with interest.

On the way home, my head swaying from the vigour and gusto of the performances on show, I stumbled upon this important announcement on Main St in Flushing, Queens. 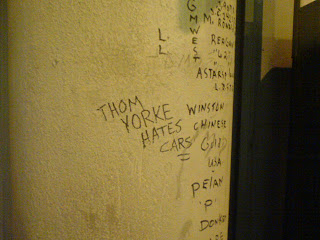 I actually knew this, it's the subject of a few of Radiohead's songs. Why though would someone feel the need to tell the population of Flushing?

The next day was understandably subdued. I took the time to hang out with Matt and catch up on lost time. We talked of many things, including his feelings of isolation from not being on Myspace or Facebook. We set about tackling one barrier; the vanity shot. 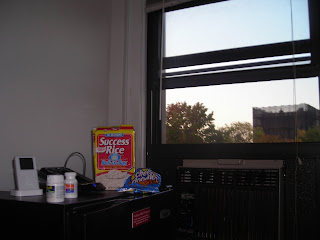 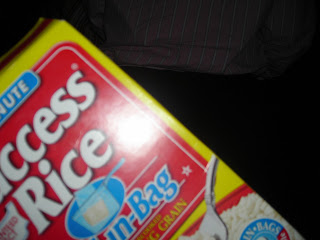 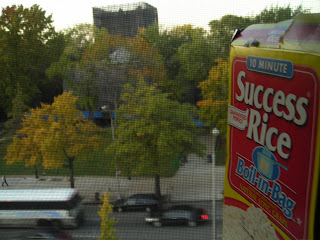 We'll see which one he chooses, though there's always the glamour one he had taken by Jenny in the office.

Aside from the enjoying the fraternal embrace of the muck men, I also had some reflective time of my own to explore the city. Having walked up 5th Avenue choking on gourmet pop corn I could hear a familiar bass line, I headed for it, 5 or 6 men in blue t-shirts were on a corner, Billy Jean playing; their leader telling people to come in closer off the side walk so they could start the show. I duly put my feet on the heat as instructed and waited, slowly moving in time to the music. The show started, break dancing, I smiled wryly to myself and a pang of sorrow spiked with relief ran though me. What would b-boy Matt and "no bones" Reynolds have made of these chumps?? 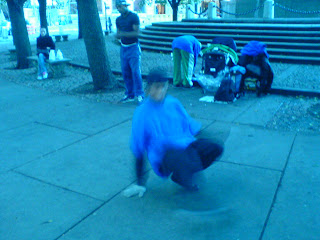 I sighed as I envisioned Matt countering this with the move where he puts his thumb into his mouth and blows while surreptitiously sliding his hat from his head making it appear as if his head has expanded to such an extent it has caused said hat to slip. Then he would inexplicably make his sun glasses wiggle up and down while maintaining eye contact with a female member of the crowd. BOOYAH!

Soon after this I went past the place where Louis was got by the dog in Ghostbusters and spook central. It was too much for my faint heart and I had to retreat back to Queens.

The next night found Jeff and I in the East Village; we walked for sometime before we found a suitable bar, some may have questioned why we walked so long, but once I went to the toilets it was clear that fate had dragged us through the wild and windy night to our drinking spot. 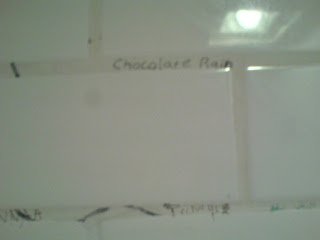 That's right, CHOCOLATE RAIN was waiting for us, surely a sign that our night was blessed, and truly it was...if by blessed you mean drinking till 4, eating pizza and getting to bed at 7am because the subway didn't go all the way to Flushing...

And so the trip did pass by, before I was to depart we had one last lunch together, awkwardly moving food around our plates, making pleasantries, all trying to ignore the bitterest pickle of all, that of farewell.... 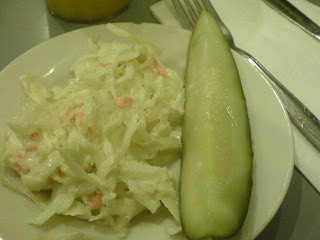 I'll leave to your imaginations the fumbled handshakes goodbye as I jumped off the subway at Union Square, and give you some good honest old fashioned male frontal nudity. Let's hear it for neanderthal junk. Posted by Parm
I am thankful for alternative Christmas music.

Here's a great compilation of downloadable Xmas related mp3s to get you in the mood for the holiday season.
Permalink || |

Overheard at a Bright Eyes Concert

Posted by Parm
A conversation between the two girls sitting behind me at the Bright Eyes show on Monday:

Girl 1: I'm just not into Bright Eyes. They're a little too whiny and emo for me.
Girl 2: I'm sorry. Do you want to leave?

The tickets for this concert cost $40. Chump change apparently...

Girl 1: No, it's ok. I think I'd probably like him better solo. This band is just too hetero for me. He needs to embrace his sexuality.
Girl 2: Oh, is he gay?
Girl 1: Yeah, he's totally gay. I know him personally.

Their seats were to the side and quite far back. For someone with such privileged information about Conor Oberst's sexuality, you think she'd have scored a sweeter vantage point.

I'm pretty sure these girls were on a date....probably a second or third date. I can think of no other reason why Girl 1 would feel compelled to spout such obvious bullshit, at full volume mind you, in the middle of a concert except that she thought her jaded attitude and close ties with celebritydom were going to get her laid later.

I hope she was wrong.

Everything about this artist says I should love him. Respected songwriter. Influential. Nerd chic. Yet, I confess I don't get it. At this point I place the blame on myself. Maybe I haven't heard the right songs. Help.

Also, here are some other artists I think, given my taste pallet, I should be into. Tell me, what am I missing in:

In Need Of Friends

Posted by Parm
Remember Pandora? I just discovered Jango, which is like if Pandora and Facebook had a baby. I don't know, it might be just as lame as all the rest of the social networking sites, but at least you can listen to music while you waste time.

You can listen to many artists and learn about new music from the profiles of others. Unfortunately I only have one friend right now. Join us!

The End of an Era 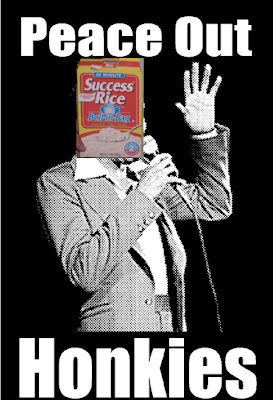 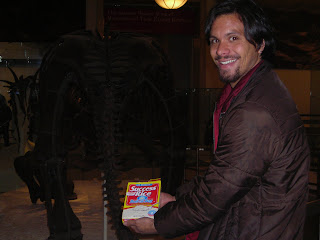 This past week has been something of a blur, and I'm no longer sure when certain things happened, or whether they even happened at all.

Here's a photo essay on the second act of this story. Ben has the remaining pics and will surely post them when he arrives back home.

If questions remain, post them in comments. Matt should be back in Charlottesville near a computer now, and he's the one with the most explaining to do. 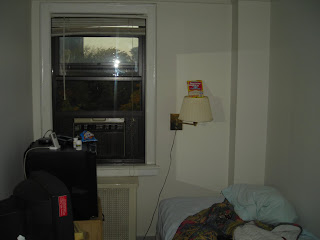 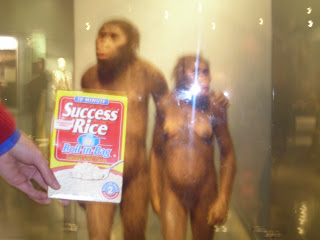 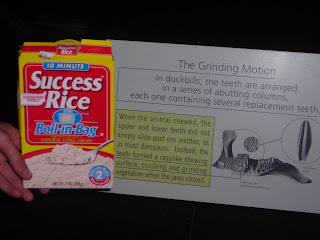 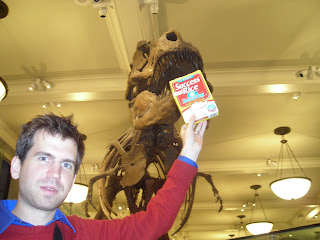 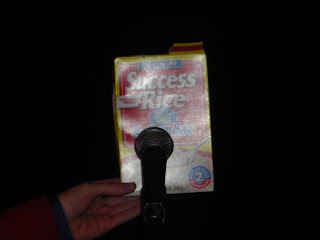 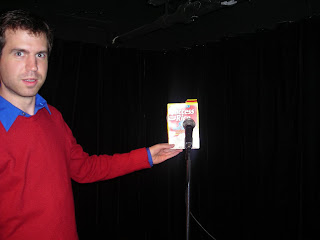 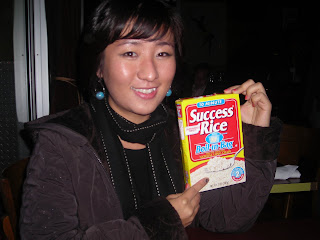 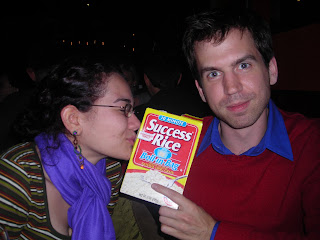 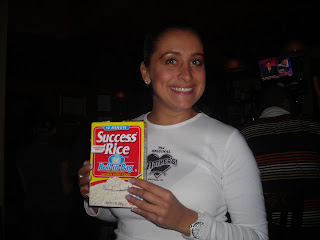 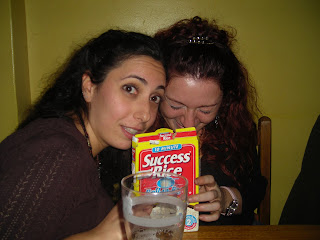 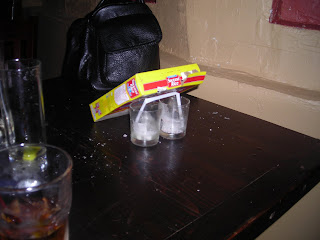 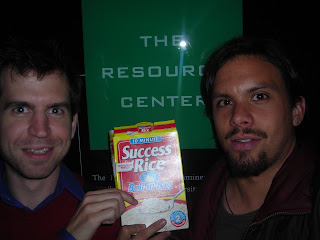 So, I'm sorry for not keeping you guys updated on the Muck Takes Manhattan front, but my camera batteries died and I haven't uploaded the ones Ben took yet. Stay tuned. In the meantime, here are some pictures I took before Matt and Ben arrived.

The Muck Takes Manhattan - Day I

Tonight, Ben and Matt arrived in New York, and I promptly coerced them to the lower east side to iron out the kinks in our plan to bring this city to its knees. When the preliminary conversations were underway regarding a possible NYC jaunt for the Muck, I remember feeling like we'd once again stumbled upon something magical. Fitting, then, that we meet for drinks on our first night together at The Magician on Rivington and Essex: 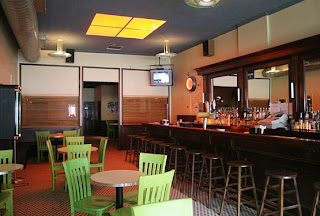 It doesn't look like much, but perhaps a low profile is just what the doctor ordered on our first night, particularly for Ben, who battled a severe head cold and a jet lagged journey from Queens in order to make the meeting.

But it was Matt who I noticed first when I walked into the bar, stoic as always, nursing an ice cold glass of water on a night when the temperature flirted with cold brutality: 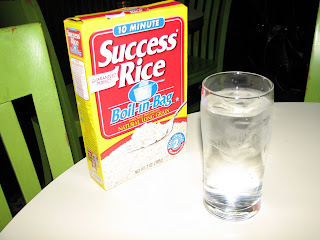 By now it was time for a toast: 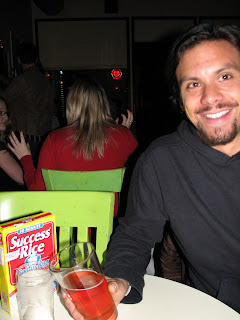 After a few beers I loosened up a bit and things got more physical between Matt and I. Luckily Ben was there to capture a rare moment of intimacy: 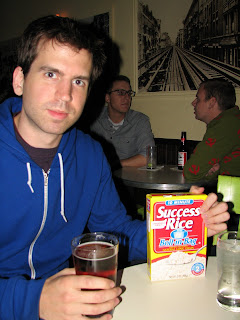 After that, the media was asked to take a backseat as we hammered out the specifics of our clandestine operations for the coming week.

I'm reminded of another axiom at this point - actions speak lowder than words. So stay tuned, dear readers, for the proof is in the pudding, and not since Vegas 2005 has the pudding been so dangerously sweet.

Be seeing you soon.
Permalink || |