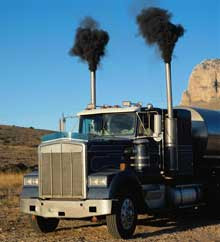 Did I Do That? 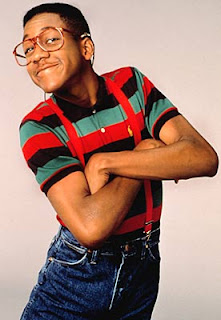 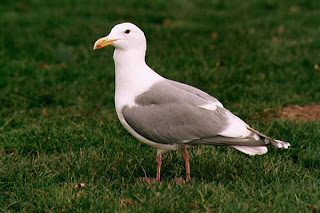 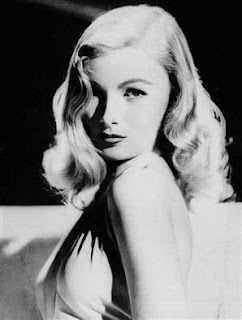 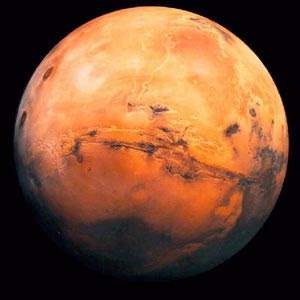 Posted by Webmaster
Jeff has lured me out of blog-semi-retirement. Full disclosure: the only one of these that I've gotten so far is the Kit-Kat one, but Sarah beat me to it.

My category: Film title (this is all you, Jeff). With apologies in advance to the Rat Bastards crew. 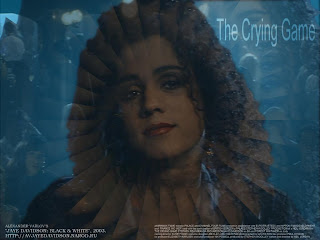 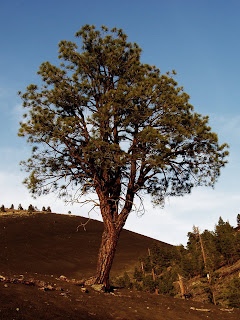 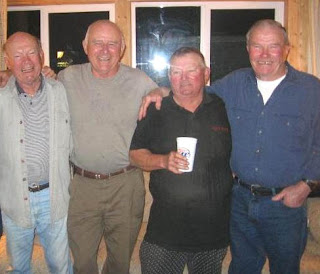 One for the Ages

Posted by Parm
There's a great article on Slate about this year's Game Developers Conference. Personally, I haven't been into video games since I got bored with Grand Theft Auto III way back in the Winter of '01. I loved playing that game at first, but as the hours turned into days, I realized that my life as a gamer was behind me. Yes, I'm one of those saps that complains about how video games were much better back in my day, when they were simpler, and less graphically obsessed then they are now. Those old school Atari, Nintendo, and arcade games were pure entertainment. But when technologies took off, and the games became increasingly like realistic life alternatives, I just couldn't keep up. I guess I'm more interested in shapes and colors and funny sound effects than I am in pretending to be a spy. And damn they got expensive.

Which is why I'm pretty stoked about Crayon Physics Deluxe. The history behind the development of the game is really interesting, as it was made by a guy who aligns himself a group of developers bent on keeping things simple. They have a philosophy that reflects my own ideas about what constitutes a fun game. Read the article for more details, but really all you need to do is watch this video to see why Crayon Physics Deluxe might be the first video game I purchase in seven years (at the low price of $20 to boot):

Posted by Parm
alright, this will probably give it away: 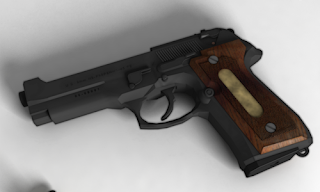 Posted by Parm
This is a hint to the song lyric puzzle: 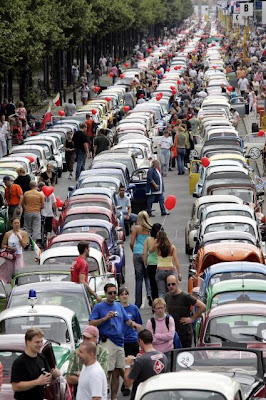 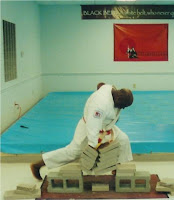 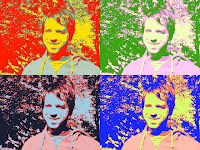 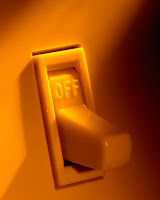 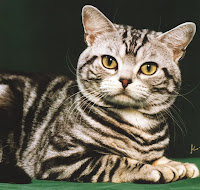 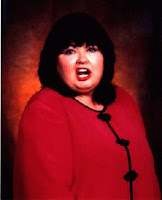 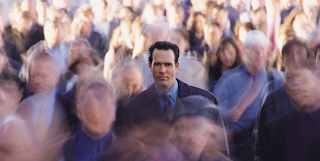 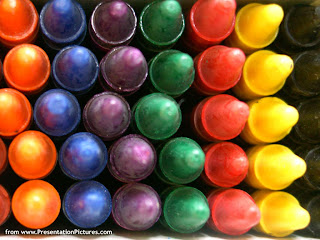 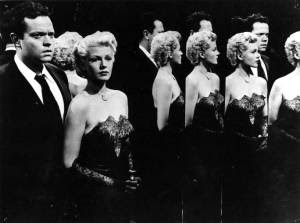 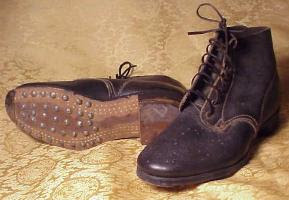 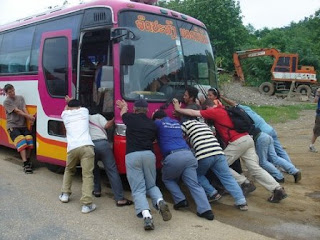 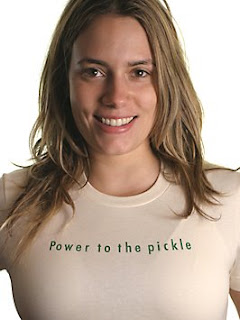 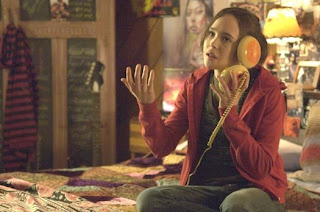 Maybe Another Craigslist Ad is in Order

Posted by Parm
This time, I think we need to find a suitable caretaker for two of my personal heroes, the Coen brothers.

Below is a video of them talking about NO COUNTRY FOR OLD MEN. It's a little long, but click around on the timeline a few times and you'll see an awful lot of eye-rubbing, looks of intense concentration, and some autistic-esque body language. Probably they're just a couple of whiz kids that needed some sleep, but I don't know...there's something a little Rainman about these guys.

Posted by Ben
A woman has just been liberated from the toilet that welded to her arse after she sat on it for two years. Her boyfriend bought her food and drink every day, and would always ask her to get off the toilet. Everyday he was met with the reply; "maybe tomorrow".

The sherriff dealing with the matter, a Mr Whipple, had this to say:

"She was not glued. She was not tied. She was just physically stuck by her
body...It is hard to imagine... I still have a hard time imagining it myself"

Hard to imagine indeed. Even harder to fathom is the reason she was stuck on the can for 2 years. I would've suggested she was reading Snoop's autobiography but it wasn't out then.

Posted by Parm
This is my sister's/family's dog, Bodie: 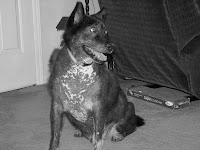 This is what he loked like when my sister adopted him from the animal shelter:

My sister just emailed me links to the old newspaper articles about him, so I thought I'd share. If you are interested, you can read them here and here. It's quite a story.

Basically, he was one of 14 abused dogs found in some guy's apartment. They were all malnourished, but Bodie, or "Bo Bo," was in the worst shape. His hip bones were sticking through his skin, and his claws were long and virtually curled into the bottom of his paws. The rest of the dogs were put down because of health or aggression problems, but Bodie recovered and was given a stay of execution until they could find someone to adopt him. Enter my sister.

Admittedly, it took me awhile to warm up to Bodie. When I was living with him, I was a lot more surly than I am now, in general, but also he was terrified of me and my gender. I still don't think he's friendly with our dad, but Bodie and I are a lot more comfortable around each other. Mostly I think it's just an act at this point if he cowers from me.

In the earliest pictures of him, he looked like the Zuul Terror Dog from Ghostbusters. Now he just looks like your grandfather. As you can see from the articles, he had his 15 minutes of fame and has comfortably settled in as the latest in a long line of strange but lovable family pets.
Permalink || |

Posted by Parm
I'm thinking of posting an ad on Craigslist:

Today I left my black bean soup on the stove until it boiled down to nothing but a dark goo. Thing is, I kept hearing funny noises from the kitchen but completely forgot that I was waiting on my lunch to heat up. "I wonder what those noises are," I thought. 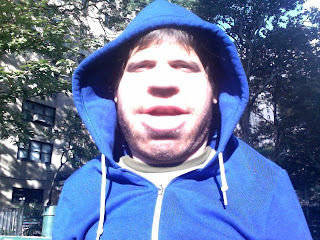 Posted by Parm
"News guy wept and told us, earth was really dying..."

And that's all he wrote. At least on this story, these inhabitants of one Baltimore, MD. The addiction is over because it must be, but, but...

Quality is one thing, impact is another. The former is boring at this point. The latter leaves me off center. Forgive the sweat of overstatement here, but I will never again think about the urban landscape in the same way. How can you not think you have known it?

I carry anger in my pocket. We are failing each other. Things do not have to be this way. At the root of it all is a willing blindness to our own role in the conspiracy.

I am running thin on patience for the trivial, and yet this entire revelation was couched in the trivial. So it should be, so it should be. Actions, there will be none. But in a very real sense, it's the thoughts that count.

Hats off, Ladies and Gentlemen, and especially to you, Sir, for getting in there, prying open the vacants, and airing out the stench.

You have given me much. Perhaps even more than all the rest, the ones that put the fire under me in the first place.

Earth may be dying, but not everyone is content to sit by and watch it burn.

Posted by Ben
London is grey and damp right now. Spring threatens to break on through but for the most part it's pretty depressing round here. One of the things that makes me smile right now though is this advert. I not sure I completely understand it, but I'm glad that it made it all the way through the creative progress onto my screen. It also reminds me of when Michael Bolton is singing along to hip hop in his car at the beginning of Office Space.

Posted by Parm
At this store where I work, I'd been warned about the rampant shoplifting that goes on. Mostly it's old women. Yesterday, however, a very boisterous man came in. He was singing and dancing, and being very friendly. He wore sunglasses and a hat, and had an oversized red jacket on.

It was strange because he kept talking to us, asking about shoes, saying how much he liked the store. Both my manager and I thought he was shady, but what are you going to do? Maybe he was just friendly.

We kept an eye on him. My manager watched him on the security cam.

He kept on talking. Kept drawing attention to himself.

All the while, of course, he was stuffing merchandise into his oversized red jacket. Right under our noses. We didn't see a thing.

This dude was an expert. He had a friend standing outside the store who kept calling for him to hurry up. He'd yell back "Hold on, man. I'm trying to find some shoes!" He was there maybe ten minutes. Then his friend pulled up and honked the horn.

"I like this store. I will be back," the man in the red jacket said as he jogged to his friend's car, got in, and sped away.

My manager noticed that some of our socks were missing. Then she watched the video and saw him stuffing a hat and some very expensive shorts into his jacket, in addition to the socks.

I had to talk to the police officer who came later, and I felt pretty worthless. I couldn't even remember what kind of car they had.

The whole experience was jacked up. I think the owner secretly blames the manager and I for not being able to stop him. Also, there are some issues I have about hovering around customers because you think they might steal something. Someone suggested setting up those detectors at the doorway, but the owner said she doesn't want to because they're ugly. No, she's not Swiss.

I don't know who this bandit was, but I'm actually pretty impressed by his brazen M.O.

Posted by Parm
A couple of years ago, I wrote down one of my master plans. It's something I do from time to time. Only recently have they taken the form of actual plans. Before they were mostly just goals, with no practical thought given to how to actually achieve them. I do not recommend that approach.

One thing I wrote down was, "sell a work of art, a photograph, a piece of writing, etc." I knew it would be the greatest feeling ever to make even ten cents doing what I love, because that means that maybe some day, way down the line, if I work hard enough, I can have the career that I've always wanted. I'm not looking to get rich, but if I can have a regular part time job supplemented by freelance creative work, it will be pretty cool.

That's still a long ways away, but yesterday marked a grand milestone on the path to that life: I sold some pictures. Four of them, in fact. I suspect I have the readers of Notes From the Muck to thank, and thank you I do.

Almost as exciting is the fact that four random strangers have flagged one of my pictures on flickr as a favorite.

In other news a shoplifter ganked some stuff from the store today. His technique was truly remarkable, and I'll tell you all about it in a future post...
Permalink || |