Posted by Ben
Is this it? Is this how 5 years of craft, lubricated by the sweat and blood of its creators comes to an end? Not a shrill voice of defiance as it disappears into the night? Not a howl of anguish as it slowly sinks beneath the waves it once conquered? Who's to deny that every day has it's night, not I, but every night has a dawn, and though this night has been particularly long and still, the light was always coming, even when it had faded from the last commentor's memory, it burned on, deep in the heaving hulking core of the muck, whose shell was cool and to all intents and purposes, lifeless to the touch.

The muck lives on, will live on, because too much exists in it. And also I need somewhere to post about animals dying and shit.

Anywho, did anyone bother watching Lost? The finale? Because I did. I sat through season 6 and was nonplussed. Maybe that's because I watched it on a laptop but still. I think I spent a lot of it wishing that they would just get lost in the jungle. All the way i thought I should be clearer on the story, clearer of what needed to be resolved aside from everything. I actually liked how they did the MAJORITY of the episodes in that I think the thing they did most was build believable characters that you maybe didn't care about what you wanted to see what happened to them. Secondary to this, for me, was the story of the island, and I do feel the resolution of the character's story was more important and more worthwhile.

However. I did NOT like the final explanation. They are all dead and now they are going to heaven. Bull. Shit. Cop. Out. Sweet Jesus, 6 years and they really thought that was an acceptable way to end the show? Don't get me wrong, I liked Jack and Flocke's face off, and the final seen with Vincent and Jack was done well but where do they get off cheating us like that? Yes, cheating us. There's no other word for it. Despicable. And yes, maybe I just need to let go of Lost, and I always knew it would end. But forgive me for seeking something more than what they gave us. Something that was bold, that suprised us but that if we re watched the series from beginning to end would make sense. Something that challenged and comforted? I will continue to look for those things, knowing that if we dig deep enough in the muck, we'll find what we're looking for. 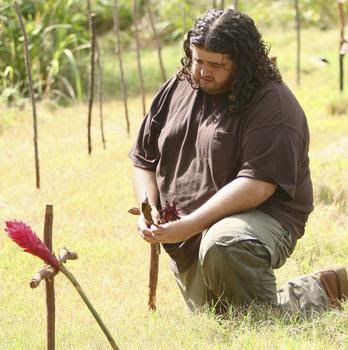 Farewell Lost, you let me down. I'm looking to the good ship Muck for my truth now. Or at least some good youtube clips or something like that. Anything but that that heaven, hell, limbo shit. ANYTHING.